No, not giving up the green or black teas anytime soon, but I have been enjoying the white variety of late, for myriad good reasons:

1. First, due to leaves picked while the plants are still young, the flavour of the tea is very mild, milder than the other offerings.

3. Third, the considerable cardiovascular and cancer-fighting benefits that make numerous teas such a good choice, are still in play. Like BIG time.

So, don’t be afraid to mix up the green and black with a little lighter sipping Social Gals and Gents. It will do the temple good! 😉 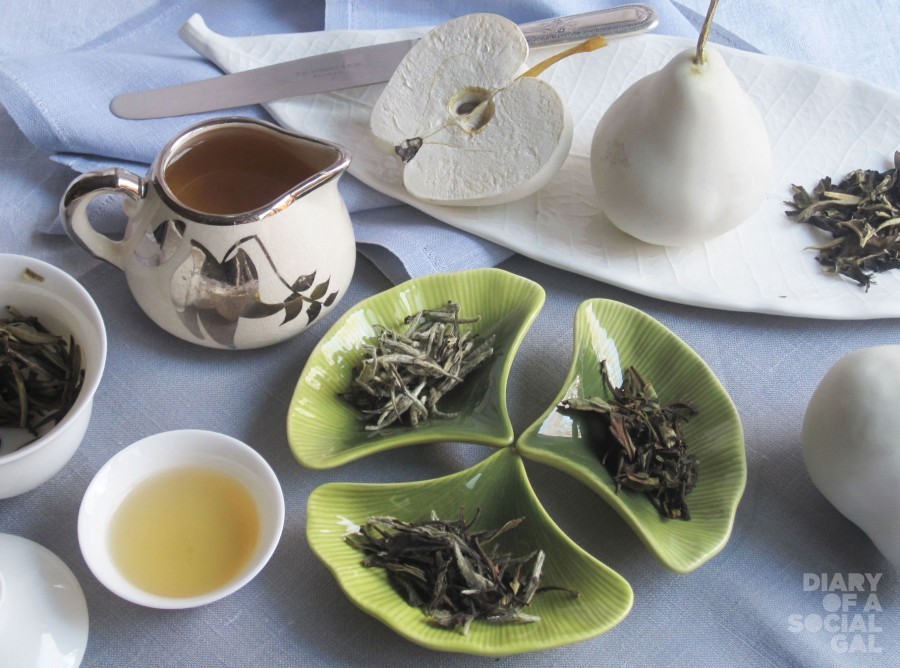 KILL THE MESS, DOWN THE STRESS, LOSE THE WEIGHT!