So it’s 2019 (day 2) and I’ve already broken one of my resolutions and had a big bowl of pasta for dinner last night, despite the resolve to say buh-by gluten laden “bad carbs” for the next few months.

That said, I actually didn’t beat myself up about it (for once) as I simultaneously embraced a second resolution for the year, gleaned from life coach and entrepreneur extraordinaire Julian Brass: Give yourself the love you give to those you love most!

Believe it or not, this is pretty life-changing territory for me, for under normal like circumstances, Social Gals and Gents, I would immediately succumb to extreme self beating up (haunting myself with silent reprimands like “you’re pathetic, you have no self control, you can’t even make it through one day without succumbing to temptation”), I chose instead to heed Julian’s advice, and to hear – not just listen – to the incredibly wise words of the guru of self-actualization and evolution herself, Oprah Winfrey.

“Change the narrative” she has repeatedly advised. And so, I did: I wanted some soul food for dinner on a wintry first day of the year, and I had it and enjoyed it.

The act did NOT represent a complete disregard for/betrayal of my bigger goal to live more healthfully in 2019, or underscore my inability to maintain discipline or diminish my value/worth as a human.

If anything, it marked an act of self-love (thank you Julian!) as I relished the moment of a shared delicious meal with family and friends and planned to rise to a good workout the next day with a view to eating a more protein-based, less calorie dense menu.

Which brings me to yet another resolution: to be more mindful of living a more balanced life in 2019.

While it is true that we’re all victims of ourselves (words of wisdom imparted by my oldest friend, currently a judge, who knows a thing or six about life and human behaviour), it’s also true that we’re all works in progress, and are capable of change and behaviour modification, so long as we commit to it and chip a way at it in a consistent way.

Any other resolutions? Yes, a few, but not too many, for another overarching resolution is to NOT make too many resolutions lol (given the proven fact that big lists often overwhelm and undermine success!).

However, this year, I am also committing to the following four: living more simply, not comparing myself to others and their journeys, consciously distancing myself from toxic humans and situations, and making more of a difference in the world outside the professional realm.

What does that mean, exactly? I’ll break it down for you:

Re: living simply: After spending days clearing out my condo before a much-anticipated renovation, I realized that the accumulation of stuff was, in a word, insane! Through the years, I had spent a ton of hard-earned money on a mountainous amount of material things that, for the most part, were barely used, or enjoyed! And, with each toss of much of it – into either garbage or give-away bins – the life-altering takeaway was that the true joy on my journey came from beautiful interactions and singular experiences. Clearly, the Millennials are onto something when they recommend all those experience-based vacations. 😉

Re: less comparison: Given the extreme social media climate we currently inhabit, it’s pretty challenging not to be aware of others lives and patterns, especially when you work in the realm of media, as I do, a place where adapting to the new social media revolution is part of professional survival.

Still, I can’t help but see the insidious and detrimental effects of spending too much time perusing others’ lives, professionally and otherwise. While some of the knowledge can admittedly be enlightening, inspiring and useful at times, a lot of focus on others can not only cause self-doubt and be depleting but can ultimately take you off the most important focus: your journey.

And it is my experience too, proven accurate even prior to the extreme comparison culture instilled by social media, that we are inevitably our best selves, and do our best work, when the spotlight is on us.

Food for thought here: Years ago, when Ellen was making her debut as a talk show host, Oprah’s team approached her with concern, advising that they be careful to stay on top of all of Ellen’s strategies.

Much to the crew’s surprise, Oprah responded that the plan was to wish Ellen great success (there’s always room for more talent in every milieu, she noted) but that they would continue to keep the focus on their show, a strategy that had obviously worked well through the years, given their enduring, award-winning success. Amen to that! The Queen had spoken.

Re: a conscious distancing from toxic humans and situations: We hear that word a lot these days – toxic (aka Oxford’s word of 2018) likely because many are experiencing it pretty frequently via the presence of toxic people in their midst, both on the friend front, and, in the professional arena. What does it mean? Well to me, it’s pretty simple: anything toxic causes a depletion of good energy and causes us to feel bad and/or sad about ourselves.

Ever notice how spending some time with certain people sends you off energized, excited, and inspired while others have a way of instilling doubt and bringing you down via cutting little remarks and jabs, all communicated under the guise of harmless humour?

You get the drift … And so, to the best of my ability, I am choosing to distance myself from the influences I know are unhealthy (on a certain level, we all know what and who they are), while seeking to spend more quality time with the people who bring the sunshine and magic and ultimately have the best and purest intentions at heart. Similarly, I am planning to be mindful of engaging in experiences that are uplifting and replenishing. At the end of the day, how we choose to spend our time is a choice but it is up to us to choose wisely.

Finally, re: making more of a difference in the world outside the professional realm: As a Capricorn – well defined by our sign’s drive to work, work, work, I realize that balance is challenging for me (see above resolution to make an impact there) as is making good on a desire to make more positive changes in the world. And so, this year, it is a priority of mine to spend quantifiable hours each week, preferably the same time each week, helping people, be it as a mentor, volunteering at a shelter or hospital, or supporting a friend or colleague in an endeavour meaningful to them.

While this behaviour will certainly not alter the course of humanity, every small act and gesture will bring pleasure to others, and make a small mark in a positive way.

Oh wow … I’ve clearly gotten a little caught up in this reflective exercise lol! Hope it sheds some light and brings some comfort and inspiration. At the end of the day, Social Gals and Gents, we’re all just vulnerable, flawed humans trying to make a way for ourselves and our loved ones and figure sh** out! 😉

Sending you all much love and light for the New Year and beyond. May your resolutions rock and may you have have the best year on record! xxxxxxxxx 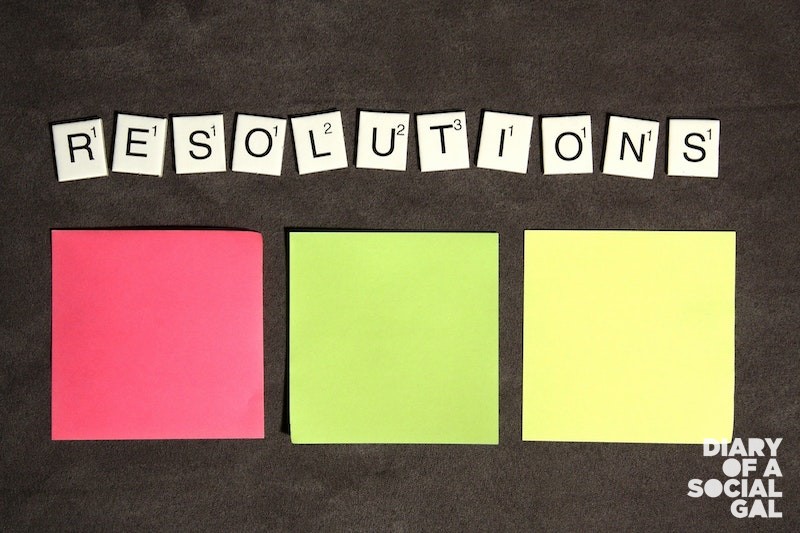 A BEAUTIFUL CHRISTMAS FOR ALL

WHO DO STARS GO TO FOR TRAVEL?

GO FOR THIS TRAVEL APP