While the pandemic has upended and decimated life for so many on so many levels across the planet, causing unprecedented suffering, excruciating loss of life and economic devastation, hitting brown and black communities especially hard, children and women too (threatening to undo at least six years of steady progress for the latter, per McKinsey and Company’s revelatory Women In The Workplace study), another potentially transformative silver lining for the world, and myself on a personal level, are the consequential lights shone fiercely and unapologetically on numerous issues and injustices that urgently needed the disinfecting sunlight, to be exposed in all their ugliness and brutal unfairness, so that we might, at long last, come together as nations and fellow human beings to address the root causes and, more often than not, systemic inequalities and inconsistencies firing them into perpetuity despite certain progress and milestones along the way.

To this end, I speak – though not exhaustively for this is merely one woman’s private reflections rather than a data driven study or news story – of such objectionable and offensive ongoing realities as: the senseless, repugnant racially and religiously motivated violence, abuse and discrimination in our midst that must be eradicated once and for all lest we continue to trudge along as an uncivilized civilization continually at odds with our mind’s eye’s shining vision of democracy; the domestic abuse rampant in myriad households, survivors still far from receiving the hands on support they desperately need; the seemingly endless lines of cars and individuals at food banks exposing the hard to ignore anymore and wholly unacceptable gaps in economic divides and opportunities; the still prolific substance abuse profoundly heightened during the pandemic causing immeasurable cycles of suffering in its own right; the epidemic of loneliness standing in stark contrast to the hyperconnectivity of our digital world which most never dare to speak of, preferring instead to hide behind carefully constructed veils of social media pages; the mental health challenges faced by legions who have been forced to suffer in silence, still stigmatized by a label that should inspire compassionate care and acceptance rather than judgment, stereotyping and ridicule; and yes, the aforementioned state of women in the world, who, despite having fought fearlessly with singular determination throughout history, periodically garnering distinctive and impressive victories including the precious right to vote, many legal, economic, cultural and political triumphs, and of late, the swearing in of the first female vice president of the globe’s biggest superpower, Kamala Harris, (also notably, the first woman of colour as vice president), have yet to secure gender parity with their male counterparts, still suffering discrimination and abuse, not thriving and actualizing their full potential at the egalitarian level they (we) all well deserve.

Clearly, the injustices are plentiful and persistent (far exceeding my layperson’s list above) and won’t be addressed and eliminated anytime soon with a proliferation of pretty words and banners and posts (though they’re admittedly a fair start against the backdrop of a tightly bound global village where potentially transformative knowledge can travel at the speed of send!). What this focus in frightening and overwhelming times has revealed is the need for awareness, education and action in all arenas, the action component necessitating what the International Women’s Day team captures so brilliantly in their 2021 #CHOOSETOCHALLENGE theme: a consistent challenging and calling out of gender bias and inequality whenever and wherever we see it, with a view to effecting real and enduring change, and ultimately, the creation of an inclusive and egalitarian world for all.

While the IWD crew was understandably more fixated on the issue of women’s rights and standing, the practical benefits of a challenge-based approach in combatting all forms of injustice cannot be underestimated or overstated, which is why, if they don’t mind, I’ve decided to take it on as my own personal call to action on a day-to-day basis, starting this precious International Women’s Day.

And while I am but one, still at the outset of my own journey to enlightenment about all the complex and vital issues mentioned above (with so much more learning and growth still ahead), I imagine that each of us, fortified with a newfound mindfulness of the lingering and appalling injustices we face, might also choose to challenge the unacceptable in all its insidious incarnations, helping to make this planet of ours a far superior version of its current manifestation.

And with that, I end today with the following short poem I penned in honour of this historic day celebrating the social, economic, cultural and political achievements of women, dedicating it to all women, everywhere, with love, sisterhood, and an unfaltering belief in our individual and collective power as extraordinary agents of change and creativity:

Hello to you, strong brave she,

Who never lets no reign,

Who persists against every odd,

Despite adversity and pain.

Hello to you warrior of wonder

Who stays so close to dreams,

No matter how challenging they may seem.

Hello to you bright ray of light,

A friend to all in need,

Through your many selfless deeds.

Hello to you mother of love,

Of the most transformative kind.

Hello to you brilliant ceiling breaker,

Trailblazing paths and paving the way,

For those who will come after,

Taking things even higher, we pray … 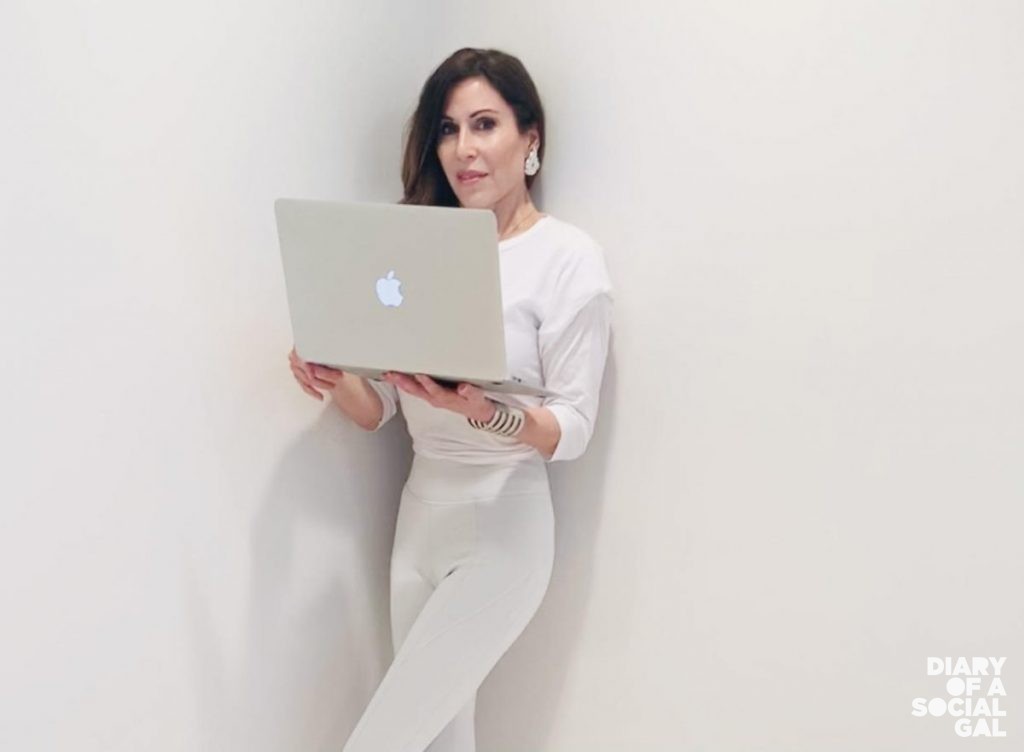 That does it for today! Hope this latest lesson resonated and stirred something within. If this series inspires, please check out the other lessons on the site and be sure to pop into Instagram for more companion material. And don’t dare be a stranger! I’d love to hear from you, here, or and/or on the other platforms. Best and have a beautiful day.

WHY YOU SHOULD DEFINITELY NOT MISS GINNY & GEORGIA

COVID CLARITY LIFE LESSON 1: I WAS A PRISONER OF MY ‘CELL’ PHONE