After an over two-decade absence, the long-awaited return of the Four Seasons to Montreal is fast approaching: the iconic hotel’s brand new Mountain Street location is primed to launch in December 2018.

For now, if you happen to walk by the construction site neighbouring the Ogilvy department store — they’ll be connected once completed — you’ll see the kind of solid bones and frenetic activity that’s befitting a five-star hotel-residence project on a legendary stretch of road. But to hear Andrew Lutfy, chair of the board of property developer Carbonleo and the 163-room luxury development’s owner and mastermind, describe his bold vision of a dynamic epicentre, the upcoming Palais des Possibles sounds like absolutely nothing Montrealers have ever experienced in their hometown. Renders, however spectacular, don’t do it justice.

Luckily, Lutfy knows a thing or two about painting a picture.

It starts with a sense of arrival. Lutfy envisions patrons driving through what he calls “Vegas- style valet parking.” That means four parallel lanes for drop-offs, soaring ceilings and marble columns — all before you’ve even entered.

“It’ll be like pulling into the main door of a department store, but with your car,” Lutfy says. “Just the simple act of pulling in and parking will let you know that this is a luxurious high-energy experience. And that initial tone, that’s what’s going to radiate throughout the project.”

Upon entering, you’ll immediately realize that this is the hotel that never sleeps. Seriously.

“If you want steak and eggs at 4 a.m., you can do that here,” Lutfy says with a smile. They’re working closely with an as-yet unannounced world-renowned chef to bring an unpretentious and authentic dine destination to the landscape, one sure to be embraced by discerning Montreal foodies with a yen for great epicurean experiences and atmosphere.

There will be four beckoning bars, as well as a jaw-droppingly beautiful terrace intentionally oriented westward, with a view to capturing every stunning sunset in vivid live brilliance.

And, as is the trend in our nonstop techno-modern world, it’ll all be open 24-hours a day. It’ll also maintain a consistent level of energy regardless of when you decide to pop in — whether for a midday meeting over espressos and impossible- to-resist chocolatines, or late-night oysters and champagne on a whim.

PARTY TIME FOR THE PARTY CITY

Then there’s the 6,000-square-foot ballroom.

“It’s going to be incredible and unprecedented — a 500-person, five-star ballroom,” Lutfy beams. “Again, with terraces gloriously facing west. We’re going out on a limb here because it speaks to Montrealers being modest in some ways, but when it comes time for us to celebrate, we’re truly rock stars.”

Lutfy wants nothing short of every major Montreal moment — from an unforgettable spontaneous night on the town to the perfectly planned wedding — to be associated with signature Four Seasons Montreal magic.

Once it’s done, it’ll have a state-of-the-art spa, luxury brand shopping and exclusive private residences boasting every imaginable amenity and personalized service, as well as a sensibility and style that’s in keeping with (and possibly exceeding) Four Seasons’ top-tier international standards and attention to detail, which have made it not only one of the country’s most recognizable luxury brands … but the planet’s!

Four Seasons founder Isadore Sharp even told Lutfy that Montreal’s new entry is set to become the gold standard of the global brand. And with a name like the Palais des Possibles, Lutfy isn’t exactly giving himself much wiggle room to be anything less than mind blowing.

“I don’t know too many people who would name it that,” he says with a laugh, articulating his view of luxury, which he feels is “about feeling vibrant, young, relevant and energized.”

MARK OF A MONTREALER

While every Four Seasons subscribes to the brand’s across-the-board standards of excellence, the more than 100 properties the world over remain independent of each other, often serving as an expression of their creator, embodying his or her vision and passion.

In Montreal’s case, that would be Lutfy, a third-generation Montrealer known and respected for his visionary success as owner and CEO of retail behemoth Groupe Dynamite, where a natural sense of what’s cool and trending as well as spot-on business instincts have served him well, and led to the proliferation of 375 Dynamite and Garage locations across Canada, the United States and internationally.

Raised in an upper middle-class household with a humble and grateful immigrant family mentality, Lutfy, who was named Distinguished Canadian Retailer of the Year in 2016 and regularly receives much well-deserved recognition for his professional success, was told from a young age not to expect financial support from his family past the age of 18. As a result, he developed a serious entrepreneurial spirit early on, starting with car washes at age seven and eventually clothing at 18.

His close family also taught him the importance of giving back. Fifty years ago, his grandfather started the foundation that has since grown into the state-of-the-art Cedars Cancer Centre — furnishing some of Canada’s best cancer care — at the new MUHC Glen site. Lutfy and his family remain committed to Cedars and donated three million to the Centre when it moved to the Glen.

“I’m very proud of that,” Lutfy confides. “It’s incredible to see the good Cedars has provided for the community at-large, and I’m amazed by the level of service and professionalism there.”

Lutfy is also proudly involved with Centraide (he’ll co-chair the 2019 campaign), which invests in hundreds of Montreal-based organizations that fight poverty and social exclusion.

When locals first step foot into the new Four Seasons in a little over a year, Lutfy is convinced they’re going to know right away it was created by a Montrealer with deep roots in the city and a visceral understanding of its uniqueness. Montreal is a food and drink town, and Lutfy knows our demanding clientele won’t suffer fools or phonies gladly.

But he also knows that while Montreal has the skills, it’s occasionally lacking in style and cohesive experience, specifically directed at a more seasoned audience that maybe isn’t that interested in lining up to get into the new trendy spot.

“There are places in Montreal with a great bar, but maybe only at certain times, or that doesn’t do dinner as well,” he observes. “So many places in Montreal have bits and components, but there’s nowhere that brings energy and skills together and rocks it every hour of the day. That doesn’t exist.”

“And Montreal does an amazing job with that younger set. There are cool bars, nightclubs and super authentic spots, but what about for the 35-crowd, or 45, or 55 and 65? Those that feel young at heart, where do they go?”

The Four Seasons intends to fill that particular void in Montreal’s culinary and hospitality scene, but Lutfy adds he won’t get away with something that doesn’t suit our tastes.

“Most American concepts don’t translate here, so don’t even try,” he says. “Because of its people and background, the city demands authenticity. We have the second most restaurants per capita in North America. That says a lot about our food culture. It has to be real and it has to be well-priced. We won’t have pretentious prices. It won’t be pretentious in any regard. It’s going to be down-to-earth and accessible, but upscale.”

Most of all, the Four Seasons Montreal will be designed to feel like home, which might be considered a strange route to take considering hotels are usually created with foreign travellers in mind. However, it’s all part of Lutfy’s goal of injecting his hometown’s “je ne sais quoi” into a legendary hotel brand revered for its quality. Four Seasons Montreal will undoubtedly put the city on the world stage in terms of hospitality — but it will also likely inspire every other Four Seasons to adopt a little bit of our trademark “joie de vivre.”

Amen to that. Let the adventure begin.

For more, enjoy our exclusive Four Seasons Montreal fashion story. For details on the project, go to lesresidencesprivees.com. 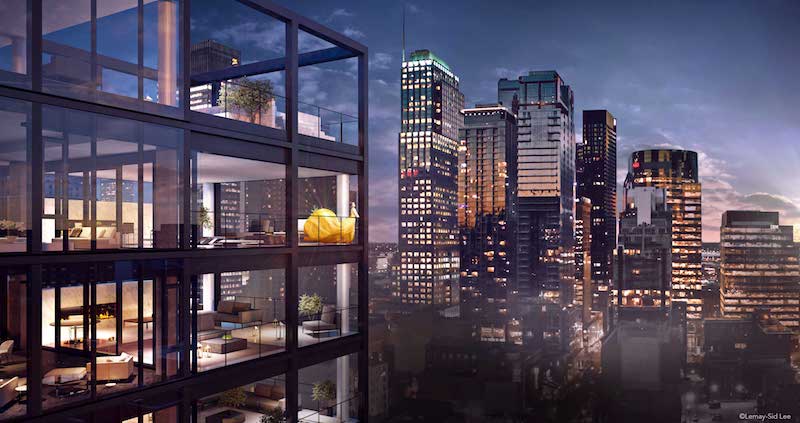 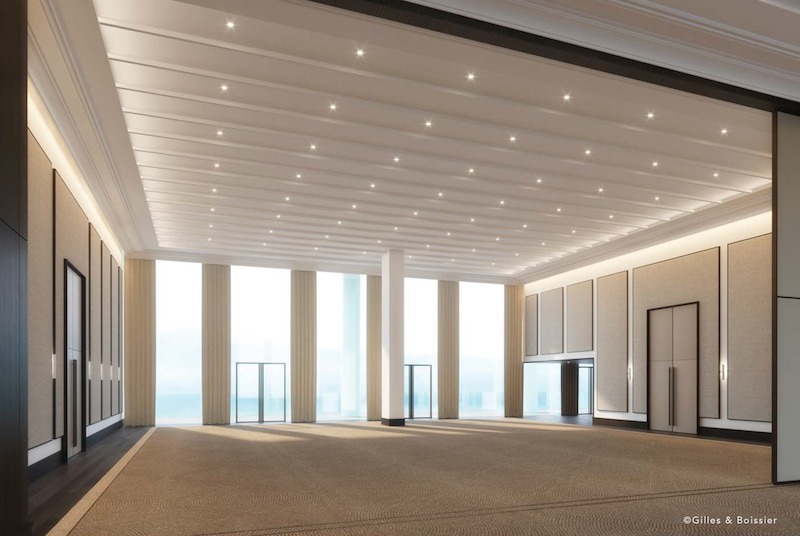 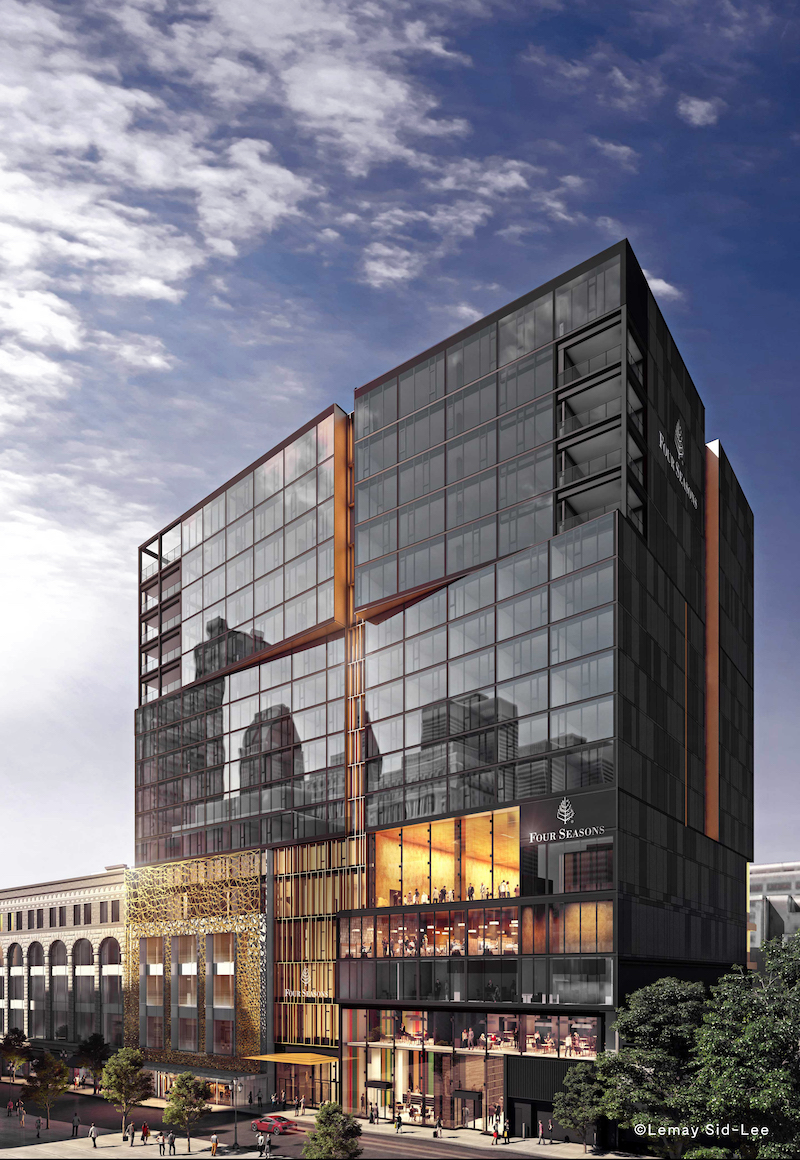 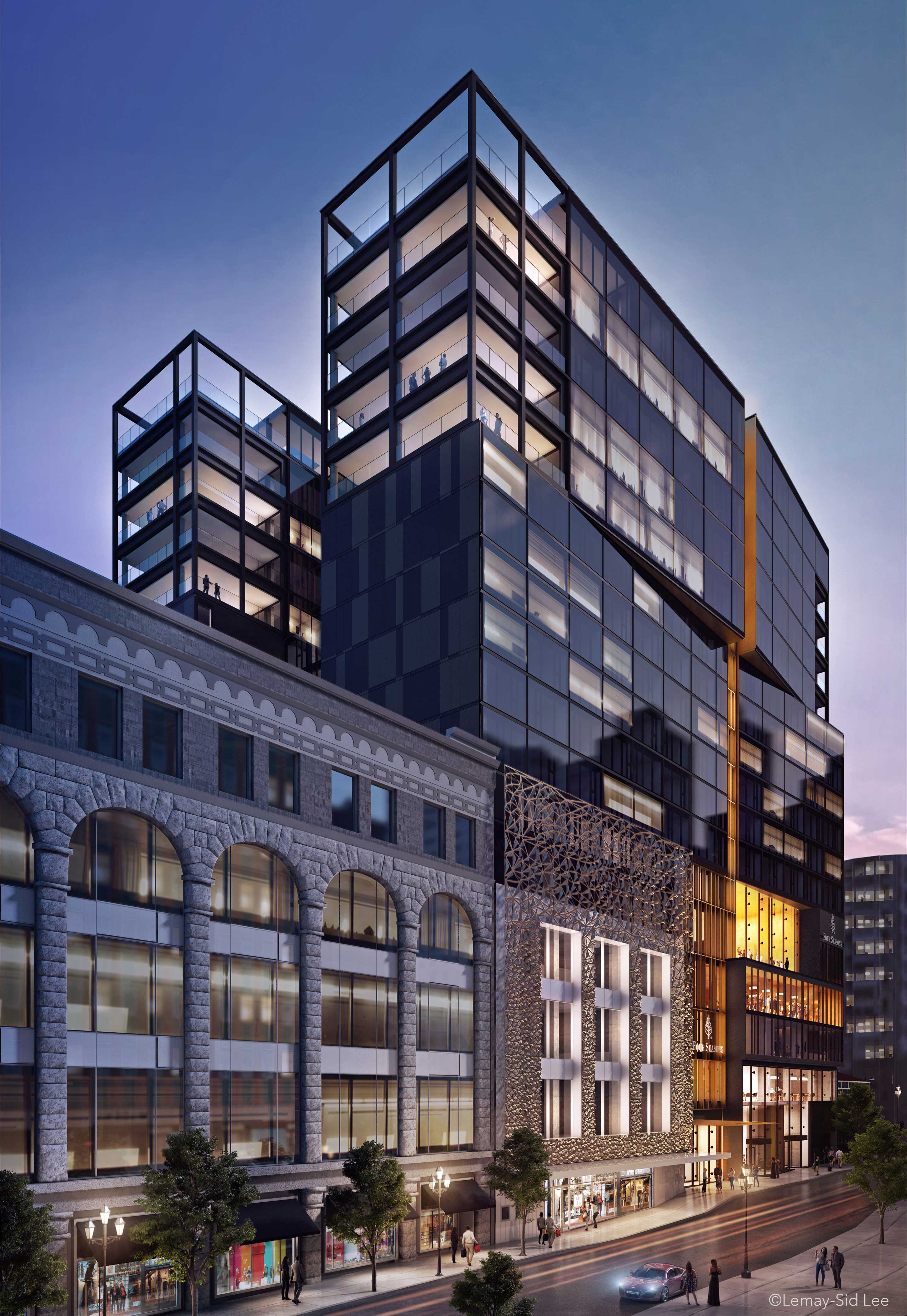 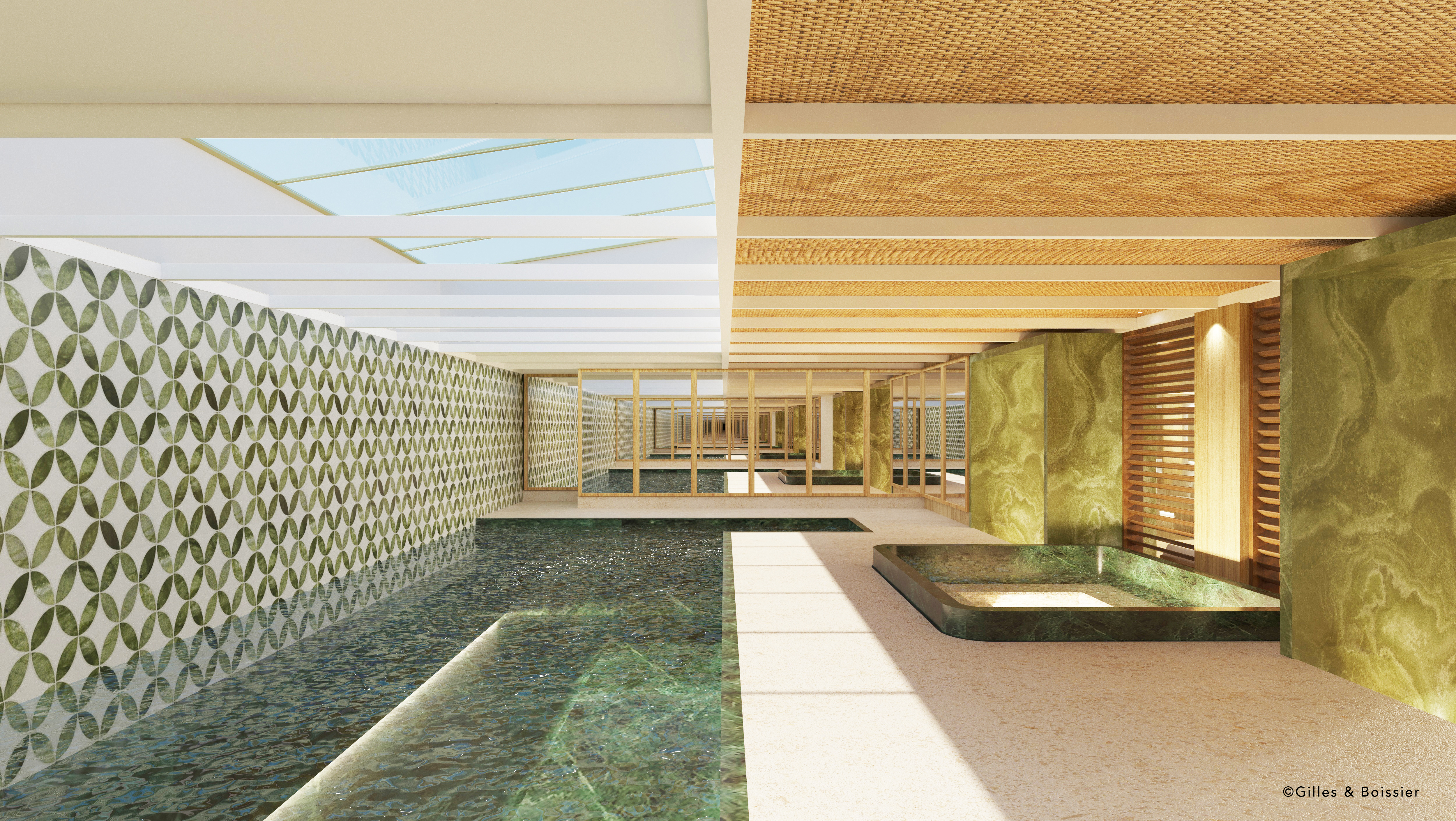 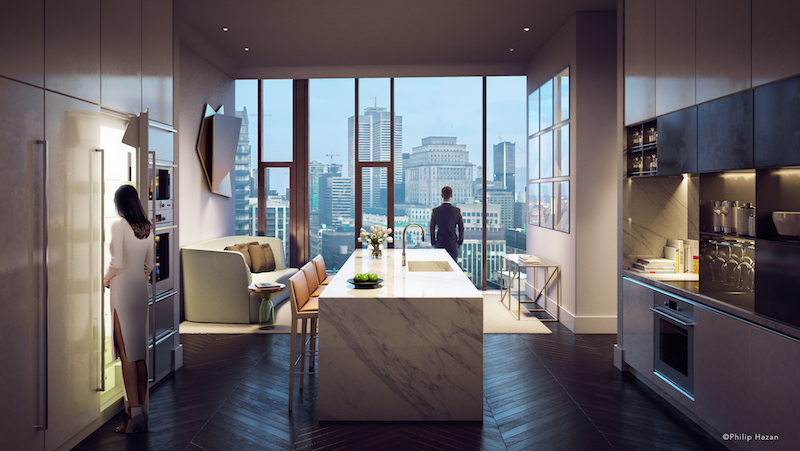 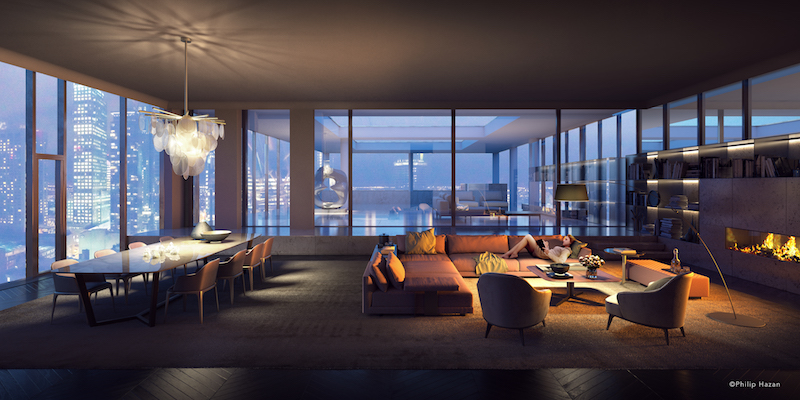 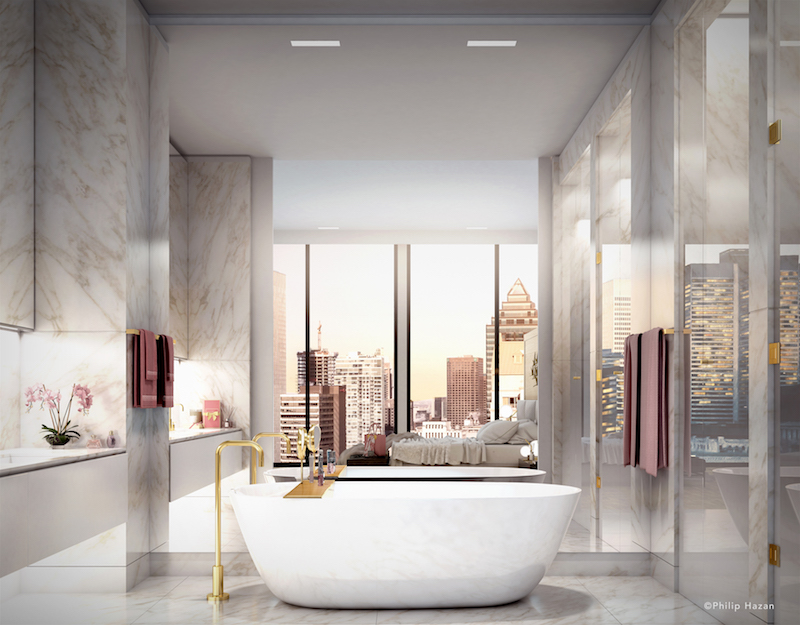