Inroducing the Diary exclusive with techpreneur Dax Dasilva who brings the same commitment to and love of people and dream building to his cloud-based point-of-sale software and eCommerce company as he does his non-profit space for emerging artists:

When I walk into Never Apart, an ultra-modern cultural centre located in Mile-Ex, fashioned out of the former Lightspeed headquarters, I’m struck by the assortment of people. Young hipsters hobnob with middle-aged urban professionals; a couple of mothers have newborns stashed in their slings; I also see a few four- and five-year-old children with their parents; then there’s a pixieish lady with bleached blond hair, dressed in a willowy white dressing gown, white tights, and black rubber flip-flops.

When I take a break from people-watching in this 12,000 square-foot-space that’s both supersized gallery and compact show venue, I take in the artwork. Not surprisingly, it doesn’t root me at all. The video-mapped “Moon Room” and the LED-lit “Sun Room” challenge you to sit and stare. Several artists have been invited to show their photographs, paintings, collages, and sculptures. Outside, a series of white balls float in the centre’s rectangular pool, providing the perfect canvas for a series of video projections. I hear a whopping 14 artists are featured here tonight for Never Apart’s packed Fall Vernissage launch.

While you expect a mixed bag at any vernissage, this place has taken that expectation to its most radical conclusion. Anyone, anything: it’s all on display. Of course, that’s exactly how Never Apart’s founder, Dax Dasilva, intended it.

Dasilva, CEO of the aforementioned Lightspeed, could easily have abandoned the old offices when his company grew from 50 to 550 employees in four years. Or, as is the most common trend in Montreal, taken a heap of cash from a developer so the contemporary building could be turned into a swanky condo development. Instead, he chose to use it as a means to enliven the city, which, arguably, is similar to Lightspeed’s raison d’être.

“What we really care about is the character and uniqueness that small businesses bring to a city,” said Dasilva in an interview the day after the opening. “Lightspeed is about bringing cities to life, and putting small and medium businesses on par with big chains.”

In 2005, Lightspeed began as point-of-sale (POS) software, but specifically with the small business owner in mind. Because it was Apple-based, it was generally easy to use, even for non-geeks. Plus, it provided small retailers with tons of useful data on their inventory, buying trends, and staff info; the kind of stuff only bigger franchises had access to. Today, the company has more than 40,000 customers worldwide.

For Dasilva, re-empowering small and medium-sized businesses (SME) was tantamount to making sure cities like his beloved Montreal kept their personality.

“(Montreal) is a super-creative city where artists can afford to live and to produce work,” he beamed. “It has been such a huge part of my life, with all the inspiration it’s brought to my life, and all the things I’ve been able to do here. The city’s strengths are tech and culture; it’s the best place in the world to have a tech start-up.”

For him, there’s very little that separates Never Apart and Lightspeed. They’re both about enabling creativity. Lightspeed puts the little guys on par with the big bosses, while Never Apart gives little- or unknown artists the exposure they need to gain recognisability.

What’s most impressive about Lightspeed is that Dasilva isn’t all that interested in courting the big chains and franchises. Instead, after giving small retailers the necessary tools to run their businesses in the 21st century, Lightspeed focused in on restaurants.

“We care about every block of the city,” he explained. “We understand the mentality of people who want to start things and create small or medium businesses; so we thought, why don’t we extend that to restaurants, cafés, and bars?”

The big steps that followed were allowing SMEs to do business on the cloud, and offering an omnichannel solution that connects street-side businesses to a powerful ecommerce platform, creating a seamless shopping experience, whether in-store or online. Lightspeed’s clients now have more flexibility, and the ability to manage all the facets of their business – inventory, online exposure, brand development, sales, and customer service – from a single platform.

“Consumers are in charge now,” Dasilva said. “They do a lot of research before going anywhere. When they make it to your store, they’ll get immersed in the brand and experience the products, and they might buy multiple things. Online behaviour is driving offline behaviour, and we want to help small and mediums-sized businesses on the street.”

And to get there, Dasilva puts himself at street level. At Lightspeed, located on the border of Old Montreal and Downtown, Dasilva’s office isn’t in some swish corner, walled off from the rest of the staff. It’s spacious, with lots of natural light, and he shares it with the employees sitting on the other side of glass panels that enclose it.

He can see them and they can see him. You get the sense that it’s set up to facilitate an exchange; like Dasilva wants to know exactly what’s going on from the source, rather than from periodic reports.

His is a personal touch. In fact, he was the one to give me the tour of Never Apart when I arrived because that’s the way he rolls; he’s just really, sincerely proud of everything the centre has to showcase, and loves to share the details about it firsthand.

It’s consistent with his passion for small businesses; Dasilva’s the kind of person who would call you just to tell you about an interesting little place he just found on some street he’d never wandered onto before.

And from that moment on, he’ll always care about what’s happening on that street. 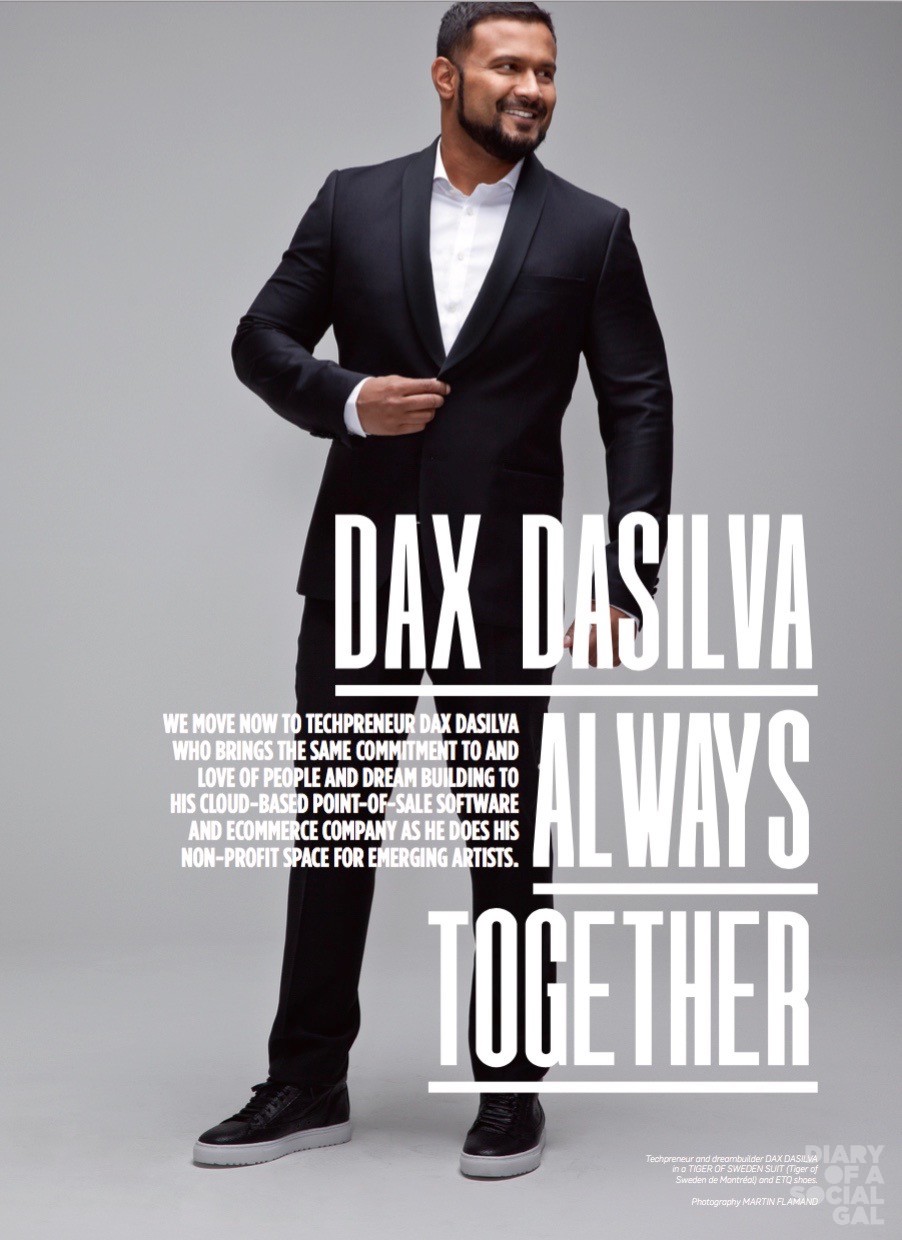