I caught up with skincare specialist Jennifer Brodeur at New York’s Soho Grand Hotel in September where the night before, Win Butler and Régine Chassagne of Arcade Fire had played an intimate set, accompanied by Preservation Hall Jazz Band, for the KANPE Foundation and its mission in Haiti.

Brodeur had flown in especially for the event after having spent a few days in Toronto, attending its International Film Festival (aka TIFF).

Clearly, it’s been a busy week but not an unusual one for Jennifer for whom accumulating air miles is like cardio, which isn’t surprising given the number of clients the world over who can’t get enough of her revolutionary skincare, routinely flying her, her fairy hands and very fairy potions and technologies around the world for personalized treatments.

As for said clients, the list is beyond and includes the likes of former first couple Barack and Michelle Obama as well as a mogul known simply by her first name: Oprah.

And while such gargantuan namedrops alone should serve to underscore the enormity of Jennifer’s credibility and talent in the skincare world (we all know what happens to those dubbed a favourite by Lady O and designers endorsed by the former first lady), what makes where she is today even more magnifique is to know where she comes from; Canada.

We started hearing about you a few months ago, but the reality is you’ve been working on formulas and skin technologies for over 20 years. You’re not exactly an overnight success! What are some of the lessons you’ve learned along the way?

I have learned many. Here are my top three:

– I would have to say that my attention to detail has been instrumental in my success. For some, I might have seemed annoying or even OCD, however we all need a point of difference. We can be like everyone else, or we can be one in a million.

– Listening to my gut instinct. It has never lead me down the wrong path. I tend to make mistakes when I overthink.

– I belong in the room; over the years I’ve worked through my imposter syndrome.

Your most high-profile clients are Barack and Michelle Obama and Oprah Winfrey. Are there any outstanding traits that the three have in common that surprised you?

They’re all extremely funny! I get to work my abs out when I’m with either one of them.

You were great before Oprah “discovered you.” Is it frustrating that it took recognition outside of the country to facilitate praise within it, a plight that many Canadian entrepreneurs and artists have experienced?

On the one hand, yes. Many doors opened once I was featured in O Magazine’s Favourite Things, in November 2016. Of course, some things would have been much easier for me had such recognition happened a little sooner. But, would I have been as grateful?

Honestly, I was surprised by all the interest once the feature was published and I kept thinking: “I’m the same person as before!” That said, I’m happy it happened and do not take anything for granted.

I have also refused many projects and interviews, because it’s important for me to do things that highlight my craft and knowledge, which is what enables me to feel like I belong in the room. I don’t want to be recognized because of who I know or work with. That is not sustainable to me. I recognize that in today’s world of social media frenzy, that may seem like an odd observation.

That said, Ms. Winfrey discovered me in late 2012 so, it’s already been a few years.

Your social media feeds are filled with gratitude. Recognizing and practicing gratitude is not innate. How did you get there?

Genetically, I happen to be a very positive person. It can be irritating to some. I always try to look at the bright side of things. It’s a trait I inherited from my mother. In business, there are daily ups and downs. Rarely is it always smooth sailing. Also, I don’t believe in luck.

So, I made the decision to celebrate all the little successes. I never want to be in a “waiting mode” to be happy, to be grateful. I often hear others say: “when this is achieved, we’ll know we’ve made it” or “when this happens, then I’ll be satisfied,” and so forth. But as humans we tend to be insatiable, so in business it’s never enough. For most people, only numbers talk.

I think life is too short for this mentality. It’s a privilege to age, one that is denied to many. So, I decided to be grateful for what I have. Success is not always measured by the amount in your bank account. Of course, some days it’s harder to feel grateful, but I still do!

My grandfather immigrated from Finland to Canada, via Halifax, as an engineer. My grandmother followed a year later, with three daughters (one of which was my mother). They settled in Lachine.

Canada welcomed my grandparents and enabled them to give their daughters (seven in total) a good education and many opportunities. We are very privileged children of immigrants. Since my grandparents left everything behind to give their children a better life, I feel it would be irresponsible of me to forget the past. Canada’s beauty and strength is made up of immigrants.

My origins lie in my heritage, my roots. Beauty blooms at the roots, which is why it’s important to know and celebrate them. In fact, our next line will be an homage to my Finnish roots.

This year, Finland is celebrating its 100th anniversary of independence. A gala will be held in Montreal on December 9th. As a tribute to my grandparents, I’ll be a sponsor of the event and make some incredible friends for life.

You have three daughters. Have you passed along the entrepreneurial gene to them? If yes, how?

I believe so, however in different ways. All three are passionate about skincare and the world of beauty. My eldest, age 22, is already working in skincare. Daughter #2 is studying entrepreneurship at Champlain College. She’d like to take over the company one day. Daughter #3 recently started a skincare program at Gordon Robertson Beauty Academy in Beaconsfield.

You’ve recently started hosting Master Classes. Where did the inspiration come from?

Even though I left Bella Clinique in November 2016 in very capable hands (daughter #1 does the skincare there now), I still get daily requests for skincare advice. With my schedule, I know it would be wrong of me to take on new clients.

The Master Class is the best way to offer skincare knowledge to small groups.

It’s not a class where I promote speci c products. It’s a learning environment where I offer tips and tricks such as how to read labels, so that anyone can walk into a store and buy what they need for their skin.

Collectively, we’re all now better educated in and more attentive to wellness. We finally understand that our bodies are temples. Can you give us the basics of skincare?

– Sleep is your best friend.
– Avoid sugar when possible. Sugar causes inflammation!
– When in doubt, hydrate your skin. – Less is more! We tend to use too many products.
– Exercise.-Embrace ageing. It’s beautiful!
– Eat well. Your skin is the organ that eats last!
– Beauty is happiness so, laugh a lot! 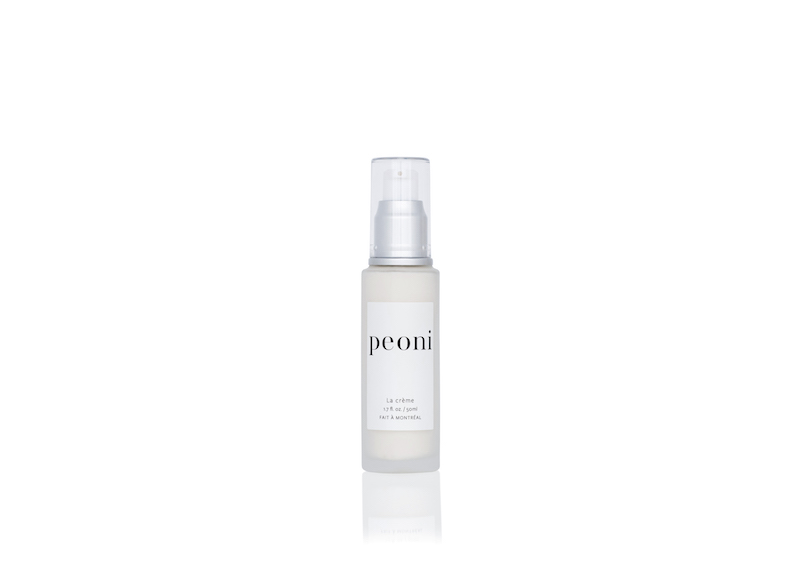 THE A-Z OF GETTING BEAUTIFUL